This exciting new format for the Wildcat will feature Jon Sarty as the opening act for most performances at 7:00 Pm with the main act taking the stage at 8:00 PM.  The Tavern will be set in night club format with white table cloths and candle light.  Guests will be invited to dine while enjoying the wonderful music and great stories told by these special performers in this concert setting.
As part of The Wildcat’s commitment to supporting local, regional and national performers, all mini-concert series events will be ticketed events.
Please join us at The Wildcat Inn & Tavern for these very special performances.  Please visit us on Facebook for our 2017 line-up including local legends Acoustic Nuisance.  See you at The Wildcat for the Cold River Radio Mini Concert Series. 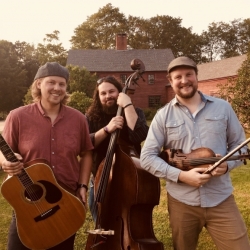 Bringing fresh energy to traditional Celtic music, Jordan is an award-winning New Hampshire-based fiddler/singer who has been performing professionally for over two decades. He has toured nationally with bands in various genres, performed across Ireland, and released multiple recordings of Celtic music that can be heard on radio stations in Ireland and Scotland as well as around New England. He is also an Emmy®-nominated composer who has written soundtracks for audiobooks and television and appeared as a guest on over 75 albums. His lifelong passion for history helps bring to life the traditional music around which he built his career.