Connor Garvey is an award-winning singer-songwriter from Portland, Maine, with the amiable presence of an entertainer, the lyrical depth of a poet, and the enchantment of a storyteller. 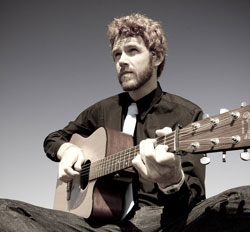 Garvey leaves audiences uplifted and inspired through a positive message delivered in a way The Portland Press Herald says proves you can be optimistic and self-aware without being boring. His unique sandy tenor and masterful blend of rhythm and melody draw comparison to Paul Simon and contemporaries Josh Ritter and Jason Mraz. He wins song competitions. He fills rooms. But most of all he moves people.

First time listeners often are drawn to Garveys engaging performance style, accomplished musicianship, and memorable melodies. But his lyrics project a depth and sincerity that allow the observant listener to find meaning beyond the catchy hook. Meanwhile, the intricate production of his albums adds emotional depth and keeps the songs fresh play after play. 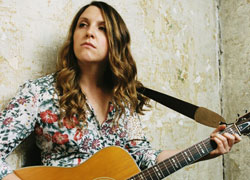 Ever since the release of “Blood on the Tracks”  in 1975, Dylan posed the challenge to every songwriter that came after him: Can life’s emotional complexities be rendered simply? Can a song be so intensely personal that it somehow manages to reach beyond itself towards something universal?  With this record, Dylan turned the American Songwriter into a definite vocation, a job that’s core responsibility was the nearly impossible task of simply and honestly singing your own story, and somehow mysteriously manage to speak for all of us.

While Caroline Spence may not look like one of the road-hardened troubadours of America’s past, with the release of Spades & Roses, the young songwriter from Charlottesville Virginia proves she is every bit as serious. Having won numerous songwriting awards from industry mainstays like the Kerrville Folk Festival and American Songwriter Magazine, and garnered nods and admiration from both Miranda Lambert and her fellow writers in the Nashville underground, Caroline has delivered a record to meet the expectation: Quite simply, 11 songs of gorgeous Americana that remind us of why we fell in love with the genre in the first place.