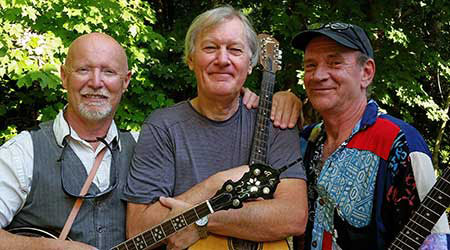 JACKSON, NH — Building on  a decades long commitment to bringing the best in musical talent to an intimate setting, the Wildcat Inn & Tavern is making plans to go big on the regional music scene with an on-going investment in top regional performers, improved amenities and access for guests. The next installment of their popular Cold River Radio Mini Series hits the stage June 22 as they welcome Acoustic Nuisance, a celtic-inspired acoustic trio featuring Davey Armstrong, Kevin Dolan and Simon Crawford. These concerts offer exceptional live music in a dinner theater setting. Concert tickets are just $5 with a dinner reservation.

The Wildcat Inn and Tavern has long been known as the home to exceptional music in the mountain town of Jackson, New Hampshire. Back in the 1960s, Big Band jazz ensembles played at the Tavern. Now owner and music aficionado Stu Dunlop wants to establish the Wildcat as the place where performers who want to play in a true listening room and music lovers can come together. 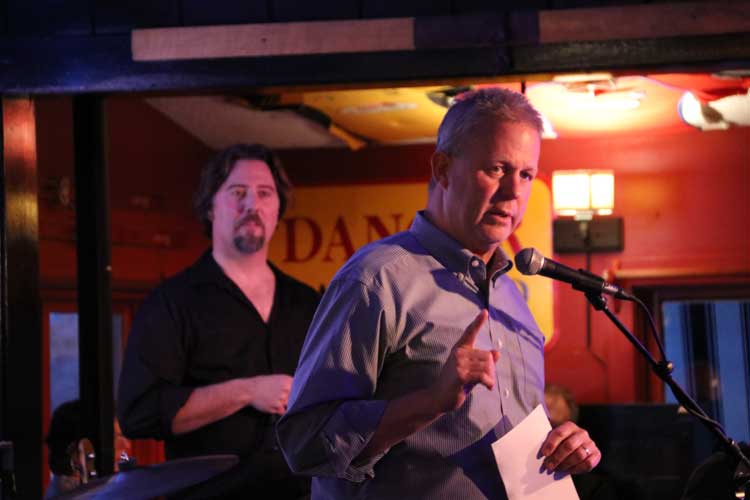 Dunlop recently shared his vision for the Tavern and Jackson’s music scene. “The Wildcat Tavern has presented superior musical entertainment since the 1950s. We’ve long offered the region’s best apres ski and live music featuring local talent with a commitment to music six nights a week. But several years ago, we took it up a notch by partnering with Jonathan Sarty and tapping into the reputation of his Cold River Radio Show. The Tavern now offers what we call Cold River Radio Show “mini concerts” six times a year. I’d love to see us expand to 12 concerts in 2020.”

The next installment of these mini concerts takes place on June 22, 2019, with an opening performance by Jonathan Sarty and Acoustic Nuisance as the headliners. A night with Acoustic Nuisance is a unique trip through the musical minds of its main protagonists: multi-instrumentalist Scots born Davey Armstrong; fellow Scot and guitar/guitar-synth Folk-Rocker Simon Crawford; and acoustic guitar and bouzouki playing London-Irishman Kevin Dolan. Acoustic Nuisance had its roots in Bermuda, at the internationally-famous Bermuda Folk Club. While the players have changed over the years, including the late great Rod McKenzie as a founding member, their commitment to highly listenable folk music remains the same.

Humor is also ever present, as is audience participation, and alongside a varied setlist of Celtic and Americana, plus their own original tunes and songs, listeners are likely to hear guitar, tin-whistles, Irish and Scottish Pipes, bouzouki, banjo, harmonica, bass-pedals and synths.

Dolan explained what makes a concert at the Wildcat Tavern exceptional, for both the musicians and the audience. “For me the difference is an obvious one – people come to listen. It’s a concert setting in a casual atmosphere which is a good trick. Each time, it’s been edifying to see how they’ve accomplished it. We play material we wouldn’t attempt in a bar. The quieter stuff has a chance to get an airing. You can approach the meaning of the songs with introductions and such. It’s a different presentation which is great fun to do.”

Dolan added that how the Wildcat team treats the musicians, and their commitment to the music impacts the experience, “Everyone who works there is invested in it. It makes it a comfortable night for the performers. It’s an ambitious idea, to consistently achieve it. It’s nice to be included in a night like that.”

The trio is often joined by Becky and Christopher Armstrong, wife and son of Davey. At their last show at the Wildcat, Christopher stole the show by playing a saw with a bow. The time before that, he played a didgeridoo. Becky’s vocals and warm harmonies add an extra dimension. Davey Armstrong shared, “Musically, anything is up for grabs. If anyone takes a fancy, we make a go of it. We like to present a varied evening of music. It’s a blend of original and standards. Anything goes.”

It’s that “anything goes” attitude that pervades Dunlop’s vision for the Wildcat. While the Killington, Vermont area has the Wobbly Barn and Ogunquit, Maine has Jonathan’s, so should the Wildcat Inn and Tavern be renown regionally for their resort-town live music scene.

Dunlop continued, “We’re making investments not just in our performers but also in Tavern amenities. Parking has often been a challenge at times for visitors, but we are adding expanded parking and three luxury apartment suites to offer an ‘Airbnb’ like option for guests. We want to sell out our concert events, continue to offer the best in regional entertainment offerings and expand the schedule of concerts.”

Concert-goers will also enjoy a taste of the mountains with their music, with Executive Chef Bryant Alden. Having joined the Wildcat team in 2016, the Wildcat Inn and Tavern’s menu and quality of food and beverage is in place to match the quality of live music entertainment now appearing at the Inn.

Davey Armstrong finished, “It’s wonderful that Wildcat supports live music so many nights of the week. Stu supports a lot of live music and many kinds of live music. The atmosphere that Stu and Jon have created, where there is dinner and a show, and the expectation of the audience that it is a listening room, is different for musicians. They really appreciate it.”

The complete 2019-20 music schedule will be published later this summer and will offer more concerts with an even wider range of performers from throughout New England.

Dinner Reservations are required for guaranteed seating at concert events. Call 603-383-6502. For more information, go to their website at https://www.wildcattavern.com.